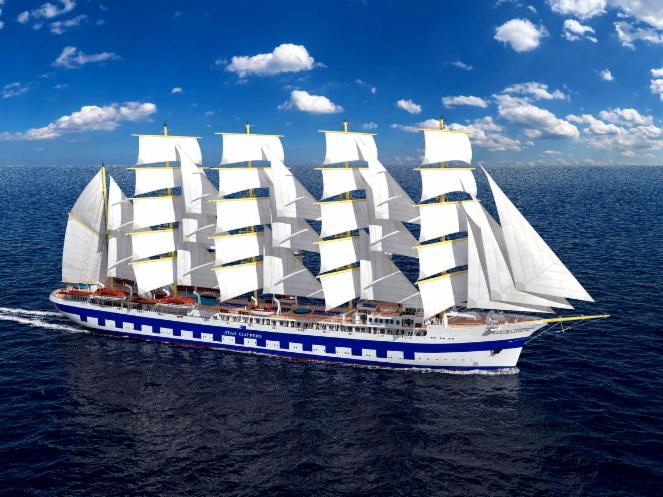 The ship will be at anchor and provide tender service for guests to the harbor of Fontvieille that is within walking distance of the race course and related events. “To be able to combine the excitement of Formula One with visiting some of the most glamorous ports in the region on our beautiful tall ship is the ideal adventure for any fan of sport and travel,” said Mikael Krafft, president and founder of Star Clippers.

Sailing from Cannes, arrive in Monaco and soak up the electric atmosphere of the legendary race. After the excitement of the Grand Prix ( May 23, 2017), explore the charming fishing village of Portofino on the Italian Riviera and historic Calvi with its impressive 15th-century citadel.

Discover the medieval city of Alghero, enjoy spectacular views from the 16th-century watchtower in Porto and admire breathtaking scenery as Royal Clipper cruises through the stunning Scandola Nature Reserve. Visit the picturesque island of Porquerolles and Provencal village of Sanary-sur-Mer with its pastel coloured houses, before heading back to Cannes.
About Royal Clipper

Inspired by the tall ship Preussen, the Royal Clipper has the proud distinction of being the largest and only five-masted full-rigged sailing ship built since her predecessor was launched at the beginning of the last century. With her complement of 42 sails, Royal Clipper is a splendid sight to behold.